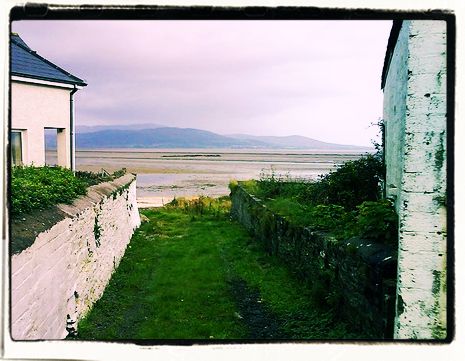 As mentioned in an earlier post, October is host to a couple interesting writing challenges from fellow bloggers.  Today’s post gathers reflections from Days 2-5 of Herding the Dragon’s 30-day challenge.

Visit my other “challenge” posts this month:

Day 2)  How do you come up with names for characters (and for places if you’re writing about fictional places)?

Some time back, we had a stray cat move in and dump a litter of kittens on us. Between that and my sons’ normal pets, I’ve gotten good at naming animals (Lilybird, Twinkle, Wolfie, Coco, Storm, Attaluna…). Same goes for children.  My mother tells me to stick with cats and hamsters, since I could end up with a half dozen kids to use up the names in waiting.  But I don’t always love naming characters.

Workshopping the opening pages of Wake in May, one of the key questions Ann Hood asked was if it was intentional that I kept referring to the two characters in the scene as “the mother” and “the son.”  Yeah, not altogether.  I forgot that I’d never added their names in.  I’d originally written the scene not knowing what I’d call them.  Wake isn’t my only work that was written almost entirely with the characters being called by who they are (the doctor, the man, the boy).

With some manuscripts, I identify a character quickly with the sound of a name. In Breathing Water, the mama was Clara from the first lines that ever came out. Equally, her daughter was undoubtedly Julia. Even more fun, most of the side characters stole names from people in my life as I wrote the story. About the lives of certain Cuban immigrants at a point of powerful emotion over the exodus from the island, I was continually affected by stories of friends around me, eager to share their family’s experience. Haydee was the bailiff in the office of the judge next to mine; Raul was named after a man I admired; Armando after an attorney who fled Cuba in 1957 then ended up in my LSAT class in 1992, finally trying to have his law license made official in the US.

But I’ve not been so quick with naming in other manuscripts.

I’m very picky that names 1) fit and 2) disappear.  I never want them to be a distraction.

Currently, the son in Wake is named Liam after my own son, only because I knew his mother would name him something Irish but I didn’t need the name so Irish it was dancing a jig. That would have been out of character for her. In fact, he’ll probably get renamed.  His mother is Carinne.  For her, I needed a name that was feminine and not common, yet not too fussy, either.  I didn’t want a flawless heroine.  Michael Roonan is the protagonist — a man questionably involved in paramilitary activities in Ireland. His first name was chosen to disappear. In choosing the last name, I’ve done research to be sure that no real person exists with a similar name, to avoid any suggestion he was based on fact.

As for names of places, I have maps of India, Cuba (including airspace maps) and Ireland hanging on my office walls from targeting settings.  In BW, I use the actual names for most places (in Virginia, Miami and Cuba), down to street names and neighborhoods.  The Miami house is based on a real house we used to stay in along the Miami River.  In other stories and novel drafts in the US, India and Ireland, I sometimes use real place names, but just as often use amalgams to invent towns, streets, house/cottage names, estate names, lakes and rivers. These are consistent with real places, but allow me to set scenes in anonymity. I invent names when detachment from reality serves the story, or to avoid appearing to make a statement about an actual place.  In most cases, I’ll follow naming conventions from the area this imaginary story would be set, but I have fun slipping in names from my family history or something odd my sons said to create the name. In another post, I mentioned how the source of the name of Crooked Moon Bay in one story was taken from how my son described the moon one night.

Day 3)  Tell us about one of your first stories/characters.

I had a short story earn Honorable Mention in the Writers at Work fiction fellowship years ago, that was maybe the second story I’d written. I’d call it cringe-worthy now — I can’t help thinking it was full of cliches I didn’t know were cliche — but I’m still in love with certain lines about the musician that bring about affection I had for a coworker the year I wrote it. The character is a computer tech and hardworking father, but teaches guitar lessons at night. It comes out that he’d once been the real thing: he toured with the Cashmere Junglelords. Now he was picking up odd gigs at the Wild Ginger lounge, swearing each time would be his last night teaching the macarena. It wouldn’t make the list of stories I would include in a collection now, but it had its moments and readily takes me back to that time in my life.

Day 4)  By age, who is your youngest character? Oldest? How about “youngest” and “oldest” in terms of when you created them?

In Wake, Liam is about four in the opening scene, and appears in other scenes as a toddler. His innocent, clean slate is key to the story’s external conflict colliding with his father’s inner conflict.  For the adults in the story, there is the question whether anyone will make it to be old, which is perhaps fitting in the latent question whether Northern Ireland’s peace will hold.

In Breathing Water, Julia is in her late teens/early twenties at the opening, with memories recurring from when she lost her parents when she was six.  Her mother is in her fifties, with memories going back throughout her childhood in Cuba.  It is an “older” story than Wake, as it hinges on events that occurred in Cuba in the 50s, now coming to light in the 1990s.  It currently has the oldest timeframe of my drafts, but I have bones of a novel set in World War II and another set in 1817.

Generally, I’ve always started out with adult characters — although my interest in young adult fiction may take one work in that direction.

What about your characters or naming conventions? What ideas do Herding the Dragon’s questions bring to mind for you about your writing?

Leave link to your blog in the comments below, if you join in on the challenge.