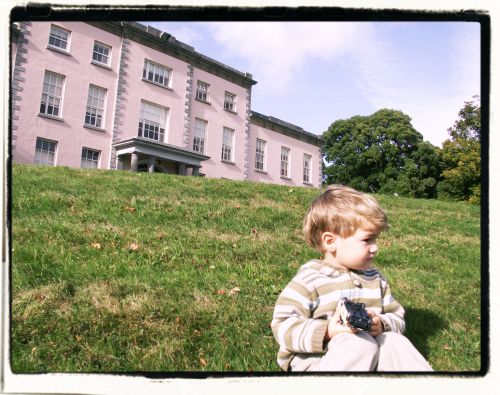 I am a very visual person — I think in pictures — so writing setting is perhaps the last aspect of storytelling that I worry about. In writing a story set in India, details crept into every line without me thinking about them. I knew the exact color of shadows, the moment a bird would flush out of dry brush. A lot of writers can relate to this, especially if their drive to tell a story is inspired by place.

But that’s not always the case. In Friday Links for Writers: 3.21.14 , I quoted Anne Enright from a bit of advice where she said, “description is hard.”

Describing setting can be a powerful way to engage readers, conjure up surprising sensory details, reveal character, add resonance to a scene, develop internal and external conflicts… but it has do so in a way that moves the story, and that fits the voice and character(s)’ point of view.

Continuing the series on Novel Revision, today’s post shares a prompt for developing an important setting in your story, making it work to build character, motion and greater resonance. While many details may have come about in a first draft, midlevel revision is a great time to revise for ideas that were not yet clear in your first vision.

Find a Place to Stand

Anne Enright’s advice was: “Remember that all description is an opinion about the world. Find a place to stand.”

This is a great starting point for thinking about setting: begin by knowing your character(s)’ point of view and seeing your setting from where the character stands.

Some of you may know I am working from my family’s house outside New York City at the moment, and felt the impact of this year’s anniversary of 9.11.01 in that context. On the anniversary, Jodi Kantor shared on Twitter a link to Colson Whitehead’s beautiful article from the New York Times that ran November 11, 2001.

As a New Yorker living in the city as it recovered, Colson wrote not directly about the event, but about what defines one’s connection to and identification as being from the city.

The First Brick in Your City

Colson says, “You start building your private New York the first time you lay eyes on it.” Anyone who’s spent time in New York knows what he means by “private New York,” as everyone comes to define their own sense of the city — a city so large that any of us sees it only in pieces.

But isn’t that true of each character’s response to setting?

In the paragraph that follows, Colson lists a handful of ways a person might have experienced their first moment in the city.

“Freeze it there,” he says; “that instant is the first brick in your city.”

There is so much about writing setting that can be taken from his words. The point of details in your novel is not to inform a reader of what to see and do when visiting the place; you are not a glorified camera taking a picture for the reader. What matters about the places in your story are the ways your character(s) perceive and respond to them.

In Colson’s essay, each example of a newbie arriving in New York City presents a character you can view clearly in your mind, despite being limited to the details of a single sentence. They are details of setting, but they clearly define the interaction of people within that setting. The details involve objects, structures, qualities and even the kinds of actions and thoughts a character has within that setting. A detail could be as mundane as holding a piece of paper or a communication between friends, but the detail is not left vague. “The phone rang,” could happen in any city, but Colson made the same detail of a phone call place-defining, as: “there was some mix-up in the plans.”

Prompt for Developing Details of Setting

So let’s turn his essay into a prompt for your own writing today.

Interpret this for whatever you are working on: a novel, a short story, a poem, a detail in your memoir, a detail in an essay, details fleshed out for a travel piece, or start something new.  You won’t be recreating Colson’s format; you’ll just use the prompt for generating details in whatever scene you imagine.

Are you working on setting this week? Did you use this prompt or what other inspiration helps you envision your setting clearly? Several of my friends work in photography or other media — how do you reflect on setting in your work?

Let us know how your work is going in the comments. Feel free to share a link to your own post, if you want to share an excerpt or other writing.

If you like this blog, be sure to subscribe using WordPress’s follow option or via email, or the Bloglovin button in the sidebar. You can find me on Twitter @elissafield.  I love to connect with like-minded readers and writers!

More on this site: